Professor Paula Giliker (Bristol) writes about how a seminar held by the British Association of Comparative Law before the SLS Conference at Oxford in homage to Professor Rudden brought for her wider questions about the direction in which comparative law research is going. 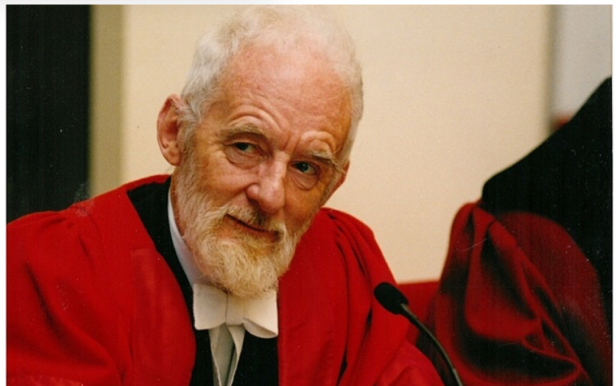 The British Association of Comparative Law (BACL) held its annual seminar at St Catherine’s College, Oxford on 6 September 2016. Its theme was the work of the late Professor Bernard Rudden, Professor of Comparative Law at the University of Oxford from 1979-1999, who passed away in March 2015.  Bernard Rudden was a leading figure in comparative private law, who published a number of important texts and articles in the field of contract law, torts law, property law, in addition to publishing one of the first texts on EU law following the UK’s entry into the European Economic Community in 1973.  His seminal monograph, The New River: A Legal History (Clarendon Press, 1984) examined matters of legal history, property and company law.  His famous article ‘Torticles’ (1991-1992) 6/7 Tul Civ LR 105 examined legal methodology and reasoning in the law of torts, in which he commented famously that “the alphabet is virtually the only instrument of intellectual order of which the common law makes use.” The diverse nature of his legal scholarship was recognised in 2002 on his retirement from the Oxford Chair with the publication of P. Birks and A. Pretto (eds), Themes in Comparative Law: In Honour of Bernard Rudden (OUP).

At the seminar, Professor John Bell (Cambridge) in his excellent paper ‘In praise of micro-comparison’ highlighted the nature of Rudden’s work which sought to use ‘micro’ detail to provide wider lessons about the nature of the law. His work indeed grappled with big themes, such as the role of law in the economic system of western capitalism and the role of legal rules in legal practice, but did so in a way which explained clearly to the reader the nature of the legal problem in question and how the law of each system examined had dealt with the issue. Professor Simon Whittaker (Oxford and a former DPhil student of Professor Rudden) in his thoughtful paper ‘Ius cogens, ius dispositivum and unfair terms’ took his theme from one of Rudden’s most celebrated articles in the Cambrian Law Review of 1980 and gave a master class of how detailed examination of EU and domestic law relating to unfair terms can provide a modern insight into the operation of mandatory and non-mandatory rules. Professor Geoffrey Samuel (Kent/Sciences-Po) and Dr Andrea Loux Jarman (Bournemouth) also highlighted the nature of Bernard Rudden as an academic more generally. Geoffrey Samuel noted that Rudden was a genuine polymath who, in particular, had an interest in film. In his paper, ‘The paradigm case: Is reasoning and writing in film studies comparable to (or with) reasoning and writing in law?’ (now published in No Foundations: An Interdisciplinary Journal of Law and Justice 13 (2016) – see http://www.helsinki.fi/nofo/NoFo13_all.pdf), Samuel highlighted the benefits of inter-disciplinary study and the insights which may be gained from examining the law from a different perspective. For Andrea Loux Jarman, Bernard Rudden was a gifted academic who, when visiting Cornell Law School with his wife as a visiting professor, was willing both to engage with Faculty and students but was also keen to learn about the history of New York and the impact of the religious revivals of the early nineteenth century (‘Professor Bernard Rudden in the Burned Over district: His life and contribution to Cornell Law School’). The picture, therefore, is of a dedicated academic, always willing to learn. A polymath indeed.

The seminar, and indeed the contributions from the floor, led inevitably to reflection on comparative law scholarship today. Professor H Patrick Glenn also passed away recently in October 2014. Both men were academics of international stature, but whose approach to comparative law differed considerably. As a former student of Bernard Rudden on the Oxford Comparative Tort Law course, I was fortunate to learn from him the need to understand the law thoroughly but also, notably in tort law, the importance of context. I remember, in particular, a fascinating discussion concerning the impact of motor vehicle accidents on the shape of modern tort law. Such detail and precision I hope I bring to my own work. The course was, however, one comparing only English and French law. We focussed on micro-comparisons. This is not how I teach comparative law today. Micro-comparisons remain important – as John Bell rightly emphasised in his paper – but as William Twining (in the seminar audience) indicated, we also need to go beyond a ‘Country and Western’ approach to comparative law and look more broadly at trends in the law and, in particular, beyond Europe. Just as Bernard Rudden looked to the Soviet Union (his PhD was on Soviet tort law), we now see fascinating comparative work coming from Asia, Africa and Latin America and, as comparative lawyers in the twenty-first century, we are far more cosmopolitan in outlook and, I would hope, the scope of our research. Here the internet and cheap travel has played a huge part in enabling the comparativist to gain access to sources, correspond with ease with international scholars and organisations and attend international conferences in a manner Professor Rudden could only have dreamt of. Further it is worth noting that the Oxford course of 2016 is now entitled ‘European private law: tort’ and engages in the comparative study of tort/delict within a European framework. The Oxford BCL now boasts a large number of units with comparative content. We have, in essence, moved on. This is natural and good.  Yet, in the process, it is important that we do not lose either Bernard Rudden’s joy and enthusiasm for the practice of comparative law and of explaining to an audience exactly how the law operates or his commitment to his students and his colleagues. There remains room in comparative law scholarship for detailed micro-comparison, while we acknowledge that this is far from the only method of approaching comparative law. Professor Bernard Rudden was an inspiration for many academics, both UK-based and overseas, and in praising his contribution to comparative law, the BACL seminar served not only to remind us of a noted and much-liked scholar, but hopefully to make us reflect on how we engage with comparative law research in the twenty-first century.