It is commonplace that research is not a linear process and the outcome may challenge the initial assumptions or result in unexpected conclusions. In natural science this is exactly the way of proceeding: a theory is subjected to empirical testing in order to prove or disprove the theory. Or empirical observations may lead to a conclusion different from generalisation drawn from other observations. To some scholars, being scientific means precisely following these methodologies.

As it will become apparent in this blog post, in social sciences matters may be more complex. This is why preparatory work is important. It is not simply a matter of setting the correct procedure on how to write an academic piece that meets proper academic standard. It is also a matter of reaching a balance between on the one hand, research which can be trusted, and relied on by other members of the community, and, on the other hand, research which is meaningful according to social and/or political values. To some extent, this is a manifestation of the eternal dilemma between ‘objectivity’ and ‘subjectivity’, ‘facts’ and ‘opinions’, and so forth.

There are many operations involved in this research approach, and this blog post does not purport to be exhaustive, rather, I wish to highlight two things I do and on which I reflect a great deal. The better preparatory work is done, the easier is to monitor the process of writing in such a way to keep it meaningful and relevant, but at the same time to be able to arrive at conclusions that I did not foresee and I did not expect at the beginning of the research. Preparatory work has to do with the general questions informing the sense of the research and that help to monitor that such ‘sense’ is not lost in the course of writing. It is like walking towards a certain direction, then realising that I am getting lost, and at the same time knowing that I am still able to arrive safe at a certain place. The first rule we teach students (there must be concordance between introduction, development, and conclusion) still applies to professional academic writing. Given the quantity of information and background knowledge we have, for us it seems harder to follow.

The first operation is to familiarise ourselves with the state of the debate (ie literature review). This has become increasingly problematic. Unless the topic I am exploring is completely new, it is likely that a part of the academic community wrote something about it. In addition, internet-based resources and digital database mean that research on the ‘state of the debate’ produces an overwhelming number of academic contributions. This has changed the way research is carried out. In many instances there is no time to engage with all relevant literature. In the past, save for novel topics, research started by reading what someone else wrote about a certain topic. That was a manageable starting point. Now research means to make a choice of the material you want to incorporate and engage with. Save to extreme cases, in social sciences, proper academic standard as well as ethical considerations prescribe the researcher to consider also contributions that embody ethical positions contrary to the researcher’s beliefs.

Making a choice of the material you are going to use for your writing is not straightforward. It involves a judgment on quality, standard, and originality of other contributions. There should also be a balance if the research involves different ethical stances of the authors.

The second operation is to identify a research gap. This is a major difference between when I started my academic studies and now. When I started, acquiring knowledge of the state of the debate seemed to be already a huge task. Once I achieved that, all I could do was to write something by engaging with the state of the debate. It was about expressing my own views. In other words, it was like joining a group of people who were discussing about something and you expressed your viewpoint on the basis of what was being said. The terms of the debate had already been set, all I could do was to present an argument within such boundaries.

My current practice of research is different now: instead of engaging with the arguments presented by others, my research is directed to identifying a ‘gap’, that is to say what has not been said in the debate. Identifying a ‘research gap’ is not an easy operation. It is fascinating to discover something new, which has to do with our predisposition to discover, uncover, etc. Good novelists know this, they know that the pleasure of reading also lies in ‘what is there, but is not written’. Indeed, the author’s skills are also judged in terms of how she manages the ‘non-said’. The author hints at something, the reader senses it, yet the author does not explicitly write it. Of course, an academic article is different from a novel in many respects. Indeed, an academic author would be accused of dishonesty if he concealed something relevant. However, in both situations, a reader is required to make an effort to go beyond the text and find out what is missing. In academic writing the missing part comes from a thorough reading of the various contributions. And here comes the difficult task. How do we identify a ‘research gap’? What kind of mental 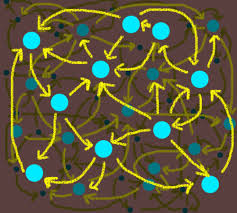 operations are involved when we find a ‘research gap’? Epistemologists have probably a better answer than mine. Mine is a modest one: it comes down to the background of the reader. Even if a reader is part of an epistemic community, which means she shares knowledge of the state of the debate with other members, everyone has their own experiences, readings, world visions, and so forth. This helps to construct relations between two things that other researchers did not see and that were thought not to be connected. A natural science researcher would probably say that she discovered such a connection. A social science researcher may say that she ‘built’ that connection: it was not said, thus it did not exist, but now it exists because a convincing case has been made. This last aspect raises the important issue of ‘what is the point in exploring and filling this research gap?’ In the search for ‘research gaps’ many unexplored areas may surface. Why is this research gap more relevant, important, worthy of attention than others? Various answers may be given. An obvious preliminary point is that the choice of the research gap to pursue is likely to reflect an ethical concern of the researcher. A certain research gap may be pursued in order to change the terms of the debate, to challenge the nature of the problem addressed in the research, or the way it is framed. But it may simply be pursued to advance knowledge in an area where very little is known. Whatever the reason, it is essential to ask what the ultimate relevance of the research is. Explaining the sense of the research makes the difference between a comprehensive piece of research, which relates to the other existing research and may be even change the underpinning questions, and other research which is conducted according to a proper academic standard but stands on its own.

There are many operations involved in the process of writing. General questions, choice of words, explaining difficult concepts, expounding empirical data, ensuring a general consistency between the single components and the structure of the research; all these operations drain mental energy. As result it is very easy to lose the thread of the original arguments or not having a clear idea of the new direction emerging from the research. Preparatory work helps me to monitor the process of writing not just by making sure that there is consistency between beginning, development and conclusion, but also by reminding me of the general meaning of the research and why it matters.