Writing can be a lonely pursuit unless you have people around you that can give you valuable feedback on your work. In my writing journey I have had the opportunity to get colleagues to discuss my ideas and how they relate to the legal setting. It has been a journey fraught with obstacles in terms of thinking through some of my ideas. Two things have greatly contributed to unlocking my voice as a researcher: feedback from colleagues and finding an inspirational academic to look up to.

My research areas, Race, institutional racism, slave trade reparations and women – Past, present, future, is located at the crossroads between law, sociology and politics. I will come up with an idea such as skin-lightening in the Afro-Caribbean community, then I will consider the issue from an interdisciplinary point of view. I will look for the legal angle, for instance the regulations that exist to prevent skin-lightening products on the international market. I will then consider what the loopholes are in the legislation, such as the failure to address the cause of insatiable demand. And then I will come up with an idea for instance, the failure to address demand is due to the ignorance that persists in terms of the dominant white norm. This dominant white norm gives priority to white/light skin over dark skin.  And This norm dates back from the days of chattel slavery in the 15th to the 19th centuries. Afro-Caribbean and African women are still influenced by this norm. I will consider what the legacy has been that impacts on women of African descent today. And in my research I find that such women are rejecting African characteristics for European ones. I will then consider the legal implications such as the right to health and how this is undermined by the persistence of the dominant white norm in the mass media.

My inspiration comes from bell hooks whose story was that she was basically ignored as an academic in terms of her research: she was and black and a woman questioning capitalism in the USA in the 1980s. She was told she would never be able to write. Wherever she got 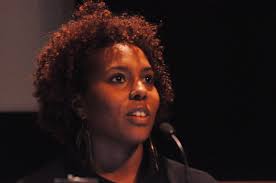 her strength from she put her doubting academic colleagues to task, as she wrote and wrote and got several books and articles published. She is now widely published in her research area of race and capitalism. She has founded the bell hooks institute which “strives to promote the cause of ending domination through understanding the ways systems of exploitation and oppression intersect through critical thinking, teaching, events, and conversation.” I wonder what her writing process must be and what things inspire her as a serious academic. And I draw from her the strength that means you CAN do it rather than you cannot!

Once I have a draft paper where I explore my first idea, I send it to two or three colleagues to get feedback. Then I might meet with them face to face and discuss the draft. Having feedback from several sources is important to the development of the writing process.  I can bounce ideas off of colleagues.

When I get my reviews back on the drafts I have sent I do feel a little anxious. This anxiety comes from my wanting colleagues to accept my ideas in my writing projects. At the moment I am juggling three writing projects plus wrestling with the chapters of my book.  And I wonder how bell hook has been able to produce 30 books!!  She is a black academic like myself and cannot have found it easy for her colleagues to accept her as a serious writer in her formative years.  I have benefited from feedback on my project on Skin Lightening, Hair Straightening and the Law. I revised some of my ideas so that I developed the legal angle more explicitly. The paper has now been accepted for publication in the European Journal of Current Legal Issues (December, 2016, Volume 22).

In conclusion, I find that the writing process comes with a little pain. It is not easy to get my writing projects accepted by my colleagues. But as time has marched on I have learned to be disciplined in the way I write and to control what I write about. I have increasingly gained confidence in my ideas thanks to the inspiration of a courageous academic who paved the way in front of me and the colleagues who have helped me find my voice as a black woman querying how power structures our society. I find strength to express my own ideas as an academic from the feedback I get from colleagues and the presentation of conference papers. A rigorous eating and exercise regime also helps to bring balance into my academic life.